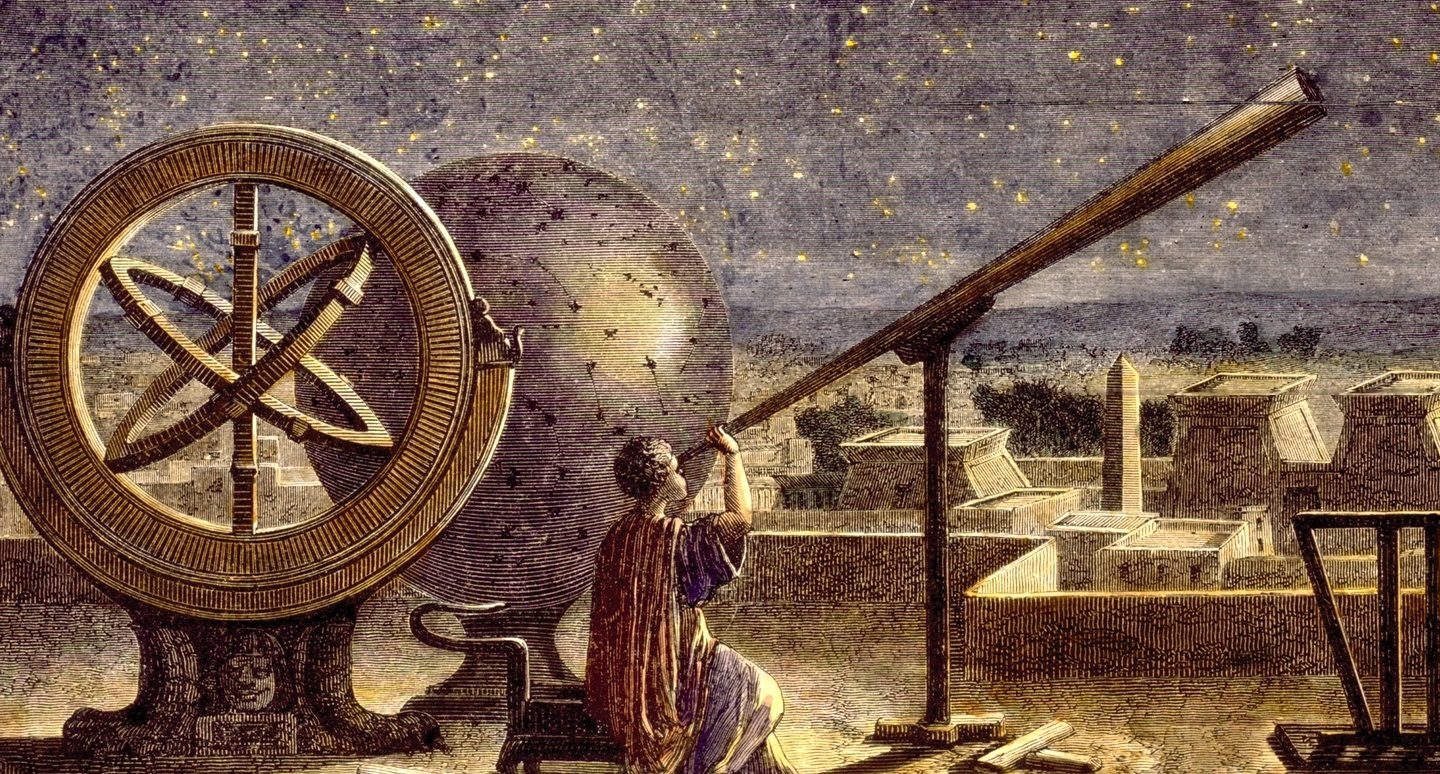 Effective altruism is a philosophy and social movement that encourages people to dedicate their time and money to the most effective causes in the world.

For people new to effective altruism, worth checking out the following reads:

→ Online course to learn the core ideas of Effective Altruism

The values that unite effective altruism are.

Effective altruism is about finding the best ways to help others, and these values guide that search.

Longtermism is the view that we should be doing much more to protect future generations. This is because our actions may predictably influence how well this long-term future goes.

Longtermism is a family of views that share a recognition of the importance of safeguarding and improving humanity’s long-term prospects. Researchers, advocates, entrepreneurs, and policymakers who are guided by the longtermism perspective are beginning to think seriously about what it implies and how to put it into practice. read more about longtermism

Utilitarianism can be destructive as it is based on the faulty premise of reductionism. It is attractive because it seems simple, but it often leads to terrible outcomes because it doesn’t take into account the fact that different people have different preferences. A better approach would be to focus on what is good for the majority of people, or at least what is good for the most vulnerable and disenfranchised people.

I believe that it is better to have a diversity of values to optimize for instead of overly focusing on maximising single measures, such as Quality-Adjusted Life Years (QALYs). World view diversification seems one valuable approach effective altruism offers in this direction, ideally we take multiple preferences into account and enable pluralism of values.

→ What is the alternative to utilitarianism? by Alexey Guzey

How can you take action?

“There are many ways to take action, but some of the most common ways people try to apply effective altruism in their lives are by:

See a longer list of ways to take action for more ideas.

-> Your career is your biggest opportunity to make a difference. But how can you make the most of it? We’ve spent the last ten years searching for the answer to that question.

As an intro to existential risks, I put together existentialrisk.info

“Two-sentence summary: Advanced nanotechnology might arrive in the next couple of decades (my wild guess: there’s a 1-2% chance in the absence of transformative AI) and could have very positive or very negative implications for existential risk. There has been relatively little high-quality thinking on how to make the arrival of advanced nanotechnology go well, and I think there should be more work in this area (very tentatively, I suggest we want 2-3 people spending at least 50% of their time on this by 3 years from now).”

To support a range of smaller initiatives in different cause areas such as existential risk reduction or effective altruism broadly, I can recommend the donation funds run by the effective altruism foundation with analysts evaluating the most impactful efforts to donate to, or their partner funds such as the climate fund.

A great and easy to use platform to donate is every.org Can recommend joining an EA conference and your local community to share and discuss ideas.

My case for donating to small, new efforts

I think the average donor has very little impact when they donate to big, established efforts in traditional philanthropy, such as Greenpeace or efforts such as Against malaria in effective altruism. I think the biggest impact comes from the equivalent of angel investing, but for funding novel philanthropic initiatives that could potentially be extremely impactful in relevant cause areas, but are underexplored and underfunded.

On reflection for myself, donating in the first few months of the project’s existence to projects such as Ocean Cleanup, NewScience or Taimaka was probably much more impactful than donating to big, established efforts. I would also recommend novel, potentially impactful initiatives to other donors and foundations for funding. Once a billionaire or big foundation is funding a project, it probably doesn’t require your donations anymore.

I do think that efforts such as the EA funds or ACX Grants are a decent passive way to have a similar impact, as they support these small, novel projects.

My philosophy is to develop a regular habit of donating, and being broad in considering many different cause areas and efforts (and thus values), while focusing on growing my wealth to have the biggest long-term impact with my own projects, angel impact investing and long-term donations following patient philantrophy, although I believe that there are diminishing impact returns: the first $1-10k for a new effort goes further than $1m to a big established one that is on the radar of big donors, so I try to support early, small, unrpoven projects or individuals as much as possible.

- List of organizations i supported(with a range of small amounts)

Effective altruism in the garden of ends

Effective Altruism: A Taxonomy of Objections 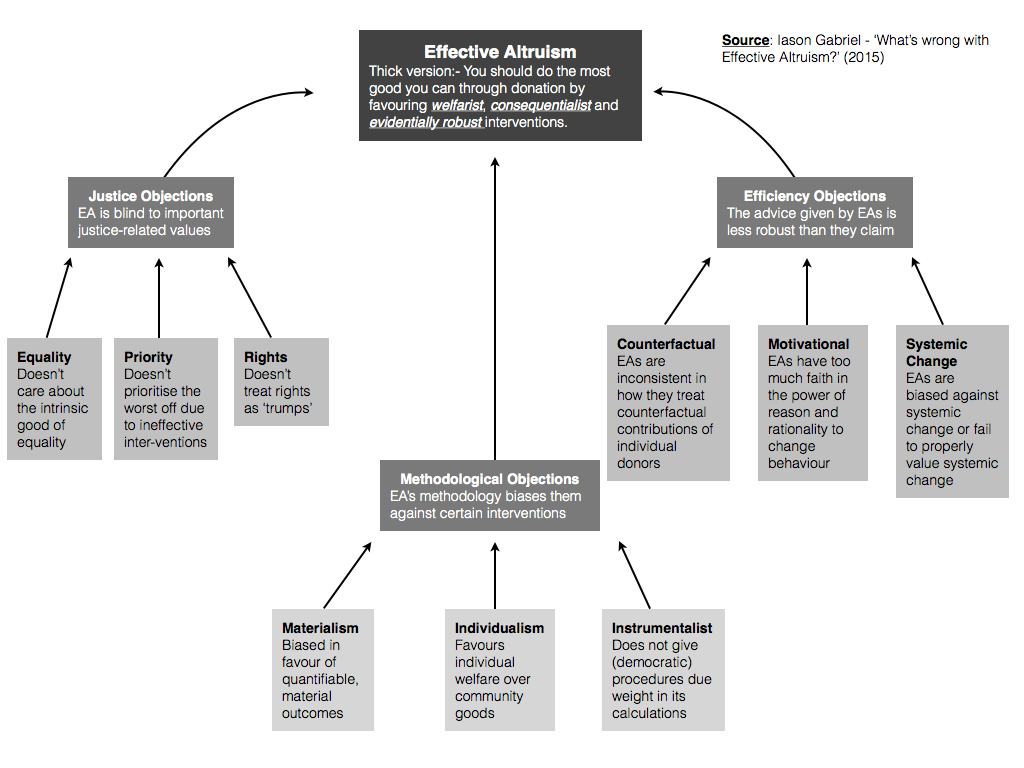 “I’ll go through each branch of this taxonomy in detail in future posts. For now, I’ll give a general overview, starting with the justice branch:

Justice Objections: The welfarist/consequentialist philosophy favoured by EAs renders the movement blind to important, justice-related values (i.e. values that affect how the benefits of charitable interventions get distributed and how they intersect with other moral concerns). There are three more specific forms of this objection:

This brings us to the methodological branch. This may be the one I find most interesting:

Methodological Objections: The tools EAs use to assess and evaluate charities end up biasing them in unfavourable directions. Three of these biases are apparent in the work of EAs:

And then, finally, we have the efficiency branch, which is also pretty interesting to me as I find myself intuitively at odds with some of the advice given by EAs but unable to fully articulate my intuitive concerns:

Efficiency Objections: The advice given by prominent EA organisations is less robust and less efficient than they suppose. This is important because the EA movement has taken on the social responsibility of providing such advice to its adherents. Again, this objection comes in three main forms:

What comes after EA?

A movement that isn't driven by eliminating suffering, but celebrating life. A movement that lifts people into building a more beautiful world, rather than crushing them into depression with continuous gloom and doom.