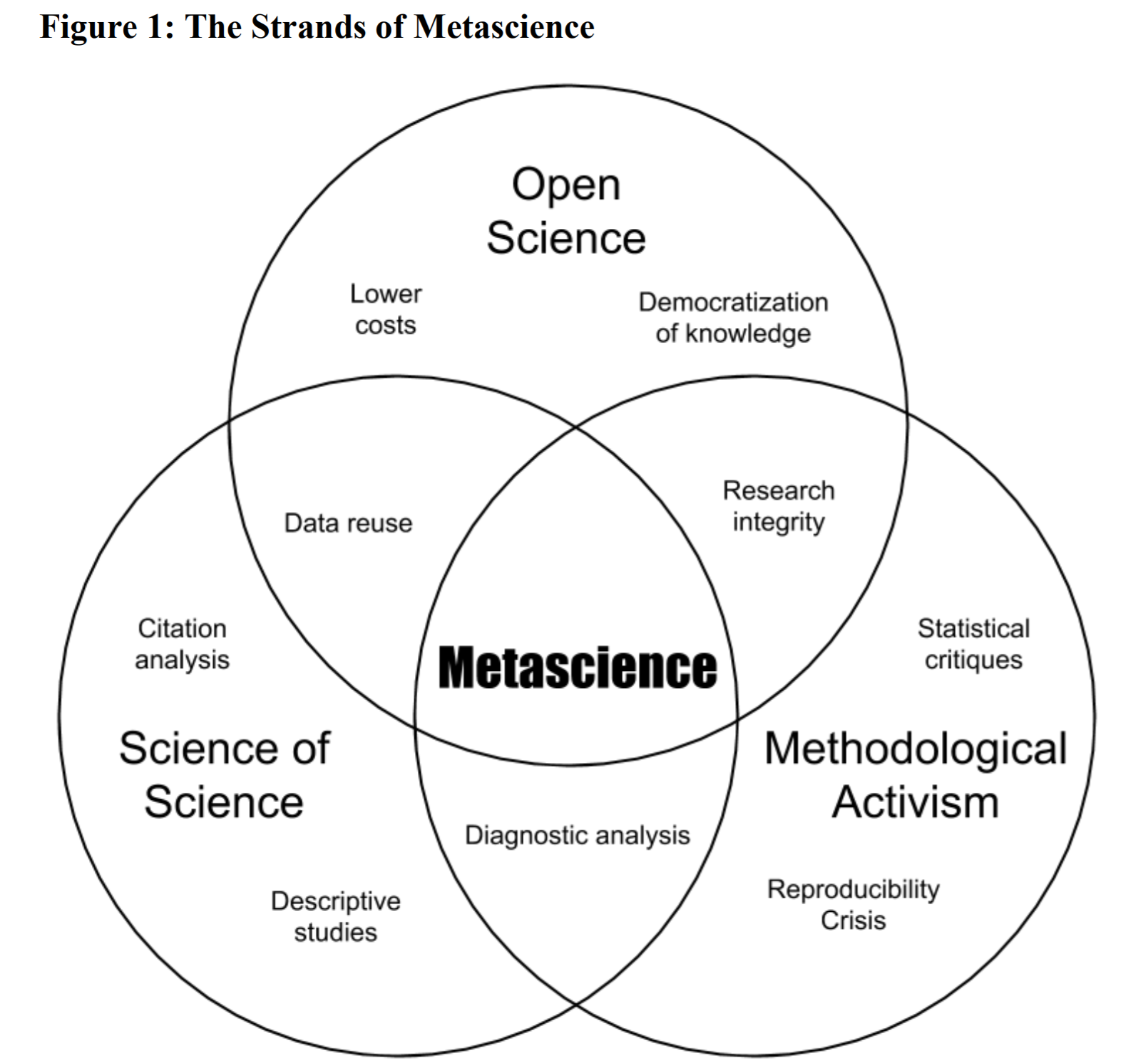 Metascience is the study of the methods and procedures used in scientific research. It is concerned with the identification and characterization of the basic elements of scientific inquiry, and with the ways in which these elements interact to produce reliable knowledge.

Metascience is not primarily concerned with the interpretation or justification of scientific theories, as philosophy of science is. Rather, its focus is on the study of scientific methods and procedures, and on the ways in which they can be improved.

There are four main goals of metascience:

Science productivity could be further improved. Focused Research Organizations and ideas like Private ARPA show one potential solution. This type of organization starts with a goal in mind and works backward to get there. The core idea is that sometimes scientific progress requires putting existing building blocks together with a bigger engineering effort to realize them.

The reproducibility crisis in science is a problem that has been increasing in recent years. Scientists are finding it harder and harder to reproduce the results of their experiments, and this is having a major impact on the progress of science.

There are a number of reasons for this crisis. One is that experiments are becoming more and more complex, making it harder to control all the variables. Another is that there is increasing pressure on scientists to publish their results, which can lead to them cutting corners in their experiments.

However, there are ways to solve this problem. One is to improve the way experiments are designed, so that they are more reproducible. Another is to provide more funding for replication studies, which are essential for confirming the results of experiments.

The reproducibility crisis in science is a serious problem, but it is one that we can solve. By taking steps to improve the design of experiments and to fund replication studies, we can ensure that science progresses in a robust and reliable way.

“While Civilization is just a game, the framework of tech trees can be helpful for thinking about scientific progress in the real world. Every technology can be seen through the lens of the foundational research that made it possible and the future discoveries it enables. However, there is one major difference between the game and reality: In the game, you can scroll to the end of the tech tree to decide whether going down a particular branch will pay dividends in the future. In the real world, the future is unknown, so it’s up to us to imagine new technologies.” – zackchiang.com/spatial-technologies-of-the-future/ 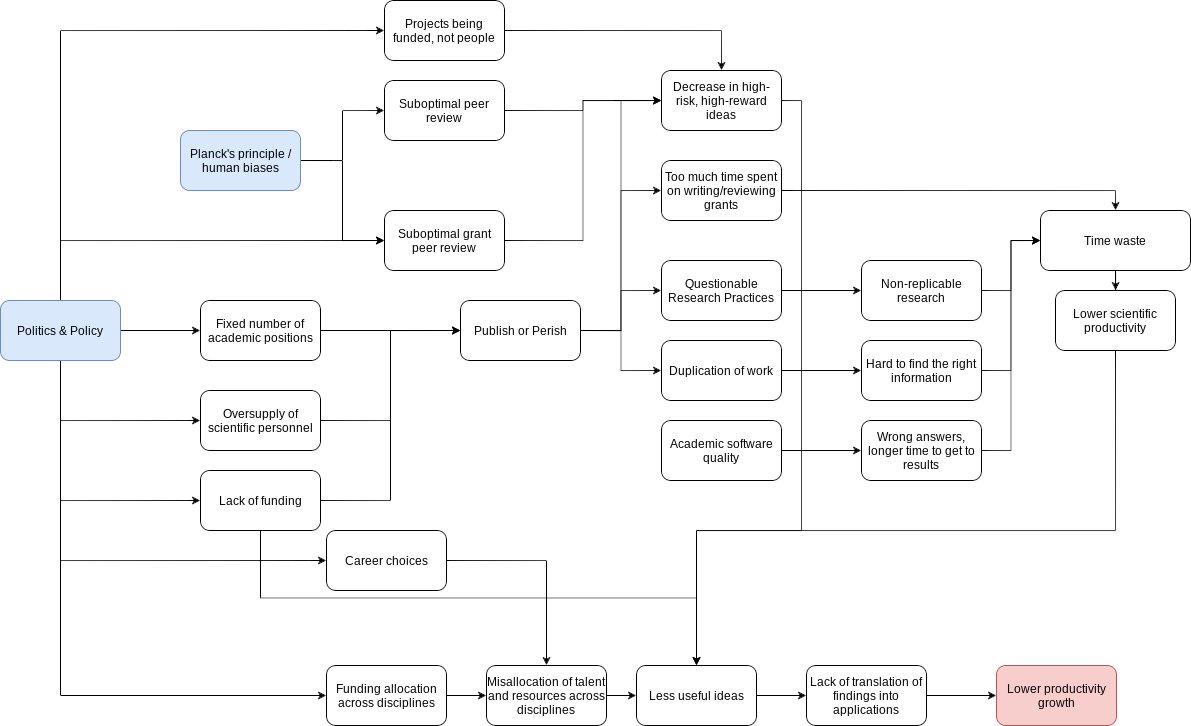