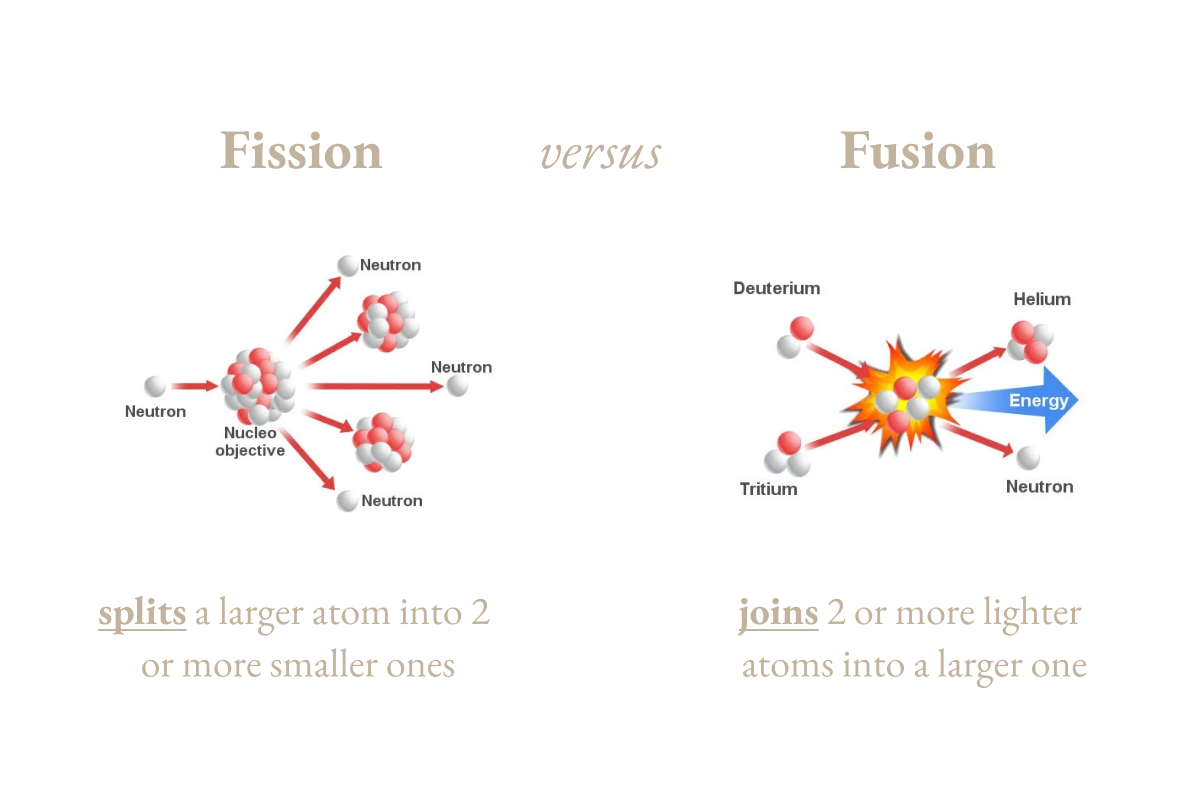 Disclaimer: I'm a physics noob, and just curious, getting started and sharing my thoughts and readings here

Energy is one of the most important factors that drive human progress and flourishing! Especially extremely clean and cheap energy would really benefit humanity and help us against climate change.

One related problem is that science and energy has become increasingly politicized, being pro or against nuclear becomes a political statement, without most people properly understanding energy, as well as nuclear energy in particular. Lets get into the science.

Ultimately energy is the fundamental factor driving human progress and will continue to do so into the future. Finding ways to increase the efficiency of energy usage and transition to cleaner and cheaper energy sources is critical for progress.

“J. Storrs Hall argues that we do not realize how much our diminished energy ambitions have cost us. Across the 18th, 19th and 20th centuries, the energy humanity could harness grew at about 7 percent annually. Humanity’s compounding energetic force, he writes, powered “the optimism and constant improvement of life in the 19th century and the first half of the 20th century.” - The Dystopia We Fear Is Keeping Us From the Utopia We Deserve

Civilian nuclear power supplied (..) a tenth of the sum of all global electricity generation, and was the second-largest low-carbon power source after hydroelectricity, which supplied 28% of global power demands in 2019. (..).

Nuclear power is the safest energy source. Coal, petroleum, natural gas and hydroelectricity each have caused more fatalities per unit of energy due to air pollution and accidents. Accidents in nuclear power plants include the Chernobyl explosion in the Soviet Union in 1986, the Fukushima nuclear disaster in Japan in 2011, and the more contained Three Mile Island accident in the United States in 1979.

There is a debate about nuclear power. Proponents, such as the World Nuclear Association and Environmentalists for Nuclear Energy, contend that nuclear power is a safe, sustainable energy source that reduces carbon emissions.”

Fusion energy is the energy released when two atoms are forced together to form a single, heavier atom. This process is called nuclear fusion. Fusion is the process that powers the sun and stars.

Nuclear fusion occurs when the strong nuclear force pulls two nuclei together. This overcomes the electrostatic force, which would normally repel the nuclei. When the nuclei come close enough, they fuse into a single nucleus. This fusion process releases a large amount of energy.

Fusion energy is still in the development stage. The first fusion reactors are not expected to be operational until the 2030s.

MYTH: We don't have a solution to nuclear's "waste problem"

REALITY: Nuclear waste isn't a problem. In fact, it’s the best solution we have to meeting our energy needs while protecting the natural environment!

Here's what you need to know:

Developing new technologies that can make fusion energy more feasible and cost-effective. Some of the key areas of R&D that should be prioritized in fusion energy include:

Overall, R&D in fusion energy is essential for making this technology a viable and cost-effective source of clean, sustainable energy. By prioritizing these key areas of R&D, we can accelerate the development of fusion energy and unlock its full potential.

Does this mean we should not invest in fusion? No.

It means it would be wise to place most of our bets on aneutronic fusion. That is, fusion reactions that don't produce heat with neutrons and where energy is harnessed without conversion via steam turbines.

HTS Magnets by Commonwealth Fusion “CFS has developed a revolutionary magnet that will enable the fastest path to commercial fusion energy. (..) Tokamaks use magnets to confine a plasma in which fusion occurs. In the past, tokamaks used low temperature superconducting magnets that required the magnets to be enormous in size to achieve the magnetic field needed to achieve net energy. CFS is using new high temperature superconductors (HTS) to build these groundbreaking magnets that allow for significantly stronger magnetic fields that can be built much smaller and at dramatically lower cost than the traditional approach.”

“Helion uses “pulsed magnetic fusion” (not a tokamak as traditional), they use aluminum magnets to compress its fuel and then expand it to get electricity out directly. Extremely high temperatures are needed to create and maintain the delicate state of matter called plasma, where electrons are separated from nuclei, and where fusion can occur.

Kirtley compares Helion’s fusion machine to a diesel engine, while older technologies are more like a campfire. With a campfire, you stoke the fire to generate heat. In a diesel engine, you inject the fuel into a container, then compress and heat the fuel until it begins to burn. “And then you use the expansion of it to directly do useful work,” said Kirtley.

By taking this new fresh approach and some of the old physics, we can we can move forward and do it fast,” Kirtley said. “The systems end up being a lot smaller, a lot faster to iterate, and then that gets us to commercially useful electricity, which is solving the climate change problem, as soon as possible.”

Helion Energy is using aneutronic fusion, meaning “they don’t have a lot high energy neutrons present in their fusion reaction”

“An aneutronic approach, like Helion Energy is pursuing, could have potential benefits that other approaches do not, but could also have different downsides and challenges to achieving commercial fusion energy production” 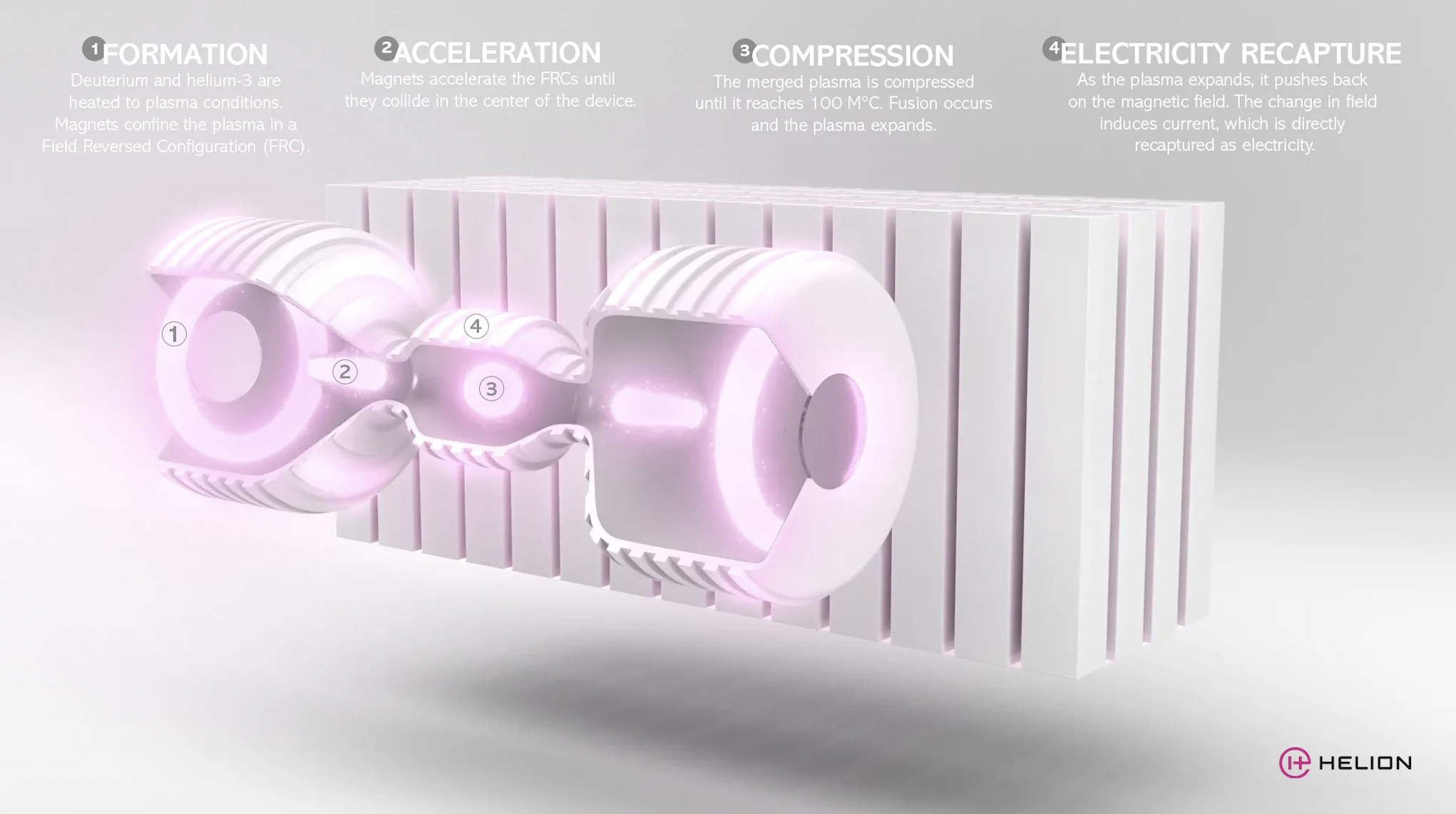 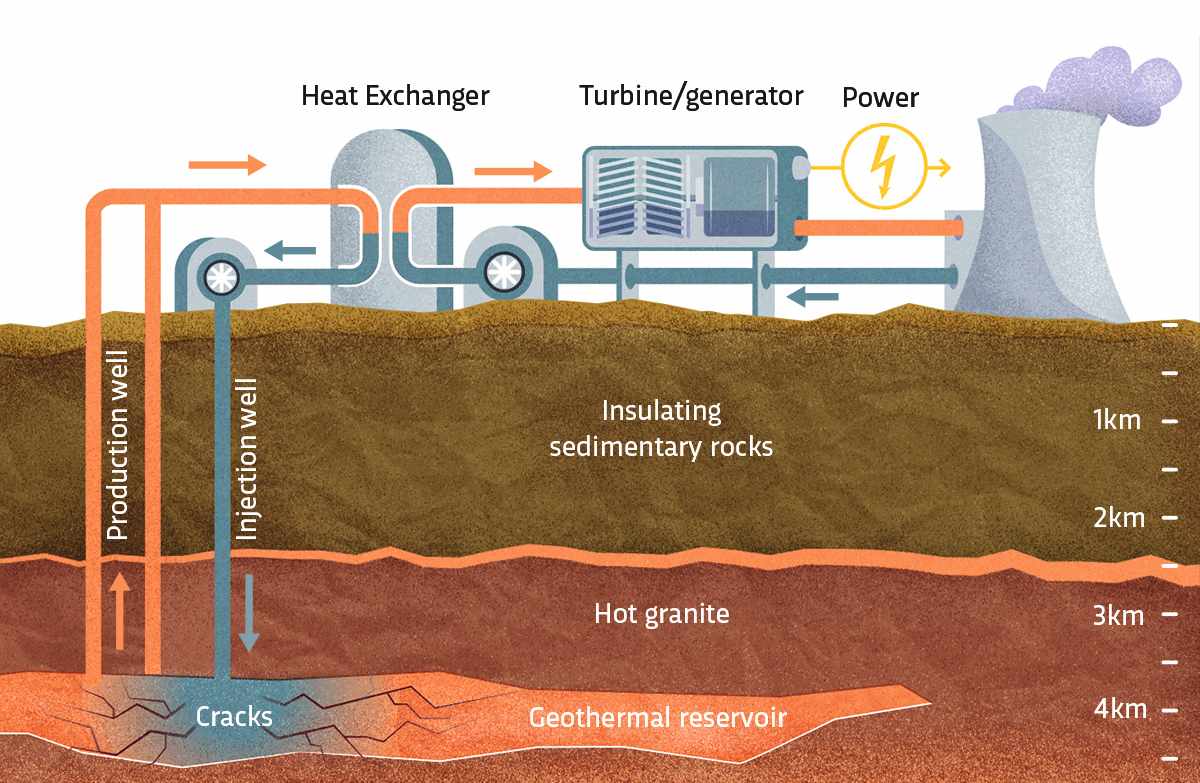 Geothermal energy is a clean, sustainable source of energy that is derived from the heat of the Earth’s crust. It is a relatively mature technology that has been used for decades to generate electricity and provide heating and cooling to buildings. Despite its potential, however, the use of geothermal energy is still limited, and there is significant room for growth and development in this field.

Some of the key areas of R&D that should be prioritized in geothermal energy include:

Overall, R&D in geothermal energy is essential for making this technology a viable and cost-effective source of clean, sustainable energy. By prioritizing these key areas of R&D, we can accelerate the development of geothermal energy and unlock its full potential.