Megastructures are large-scale structures or buildings that are designed to serve a specific function or purpose, such as habitats for human communities, transportation hubs, or energy production facilities. These structures are typically much larger and more complex than traditional buildings and infrastructure, and they often involve the integration of advanced technologies and materials.

The concept of megastructures has been around for decades and has been explored by architects, engineers, and futurists as a way to address the challenges and opportunities of the future. Some of the potential benefits of megastructures include:

Based on the amount of energy that a civilization is able to harness and utilize. The scale was first proposed by Kardashev in 1964, and it has since become a popular way to conceptualize the potential evolution of civilizations and their technological capabilities.

The Kardashev scale serves as a useful framework for thinking about the potential capabilities of advanced civilizations and the technological feats they may be able to accomplish.

Given these challenges, it is important that we approach the building of megastructures with careful planning and consideration. This may involve developing new technologies and materials, as well as working with a wide range of stakeholders, including architects, engineers, policymakers, and the general public.

In terms of timeline, it is difficult to predict exactly when megastructures will be built, as this will depend on a variety of factors, including technological advances, economic considerations, and societal demand. However, it is likely that we will see the construction of megastructures in the coming decades and centuries.

Ultimately, the decision of which proposed megastructure to attempt first will depend on a variety of factors, including the costs and benefits of each project, as well as the technological and economic feasibility of building and maintaining each structure.

There are structures that may be considered megastructures, such as

Networks of roads or railways, and collections of buildings (cities and associated suburbs), are usually not considered megastructures, despite frequently qualifying based on size. However, an ecumenopolis might qualify.

Space colonization is the inhabitation and territorial use of extraterrestrial space, proposed to be realized by building settlements or mining enterprises. It has been argued for on the basis of survival of human civilization and life from Earth in a disaster, and for the additional resources available in space. Objections include potential commodification of the cosmos, opportunity cost, and exacerbation of pre-existing issues. SpaceX, and others have outlined concrete plans and timelines.

A number of theoretical structures have been proposed which may be considered megastructures.

A cut-away diagram of an idealized Dyson shell—a variant on Dyson’s original concept—1 AU in radius.

Most stellar scale megastructure proposals are designs to make use of the energy from a sun-like star while possibly still providing gravity or other attributes that would make it attractive for an advanced civilization. 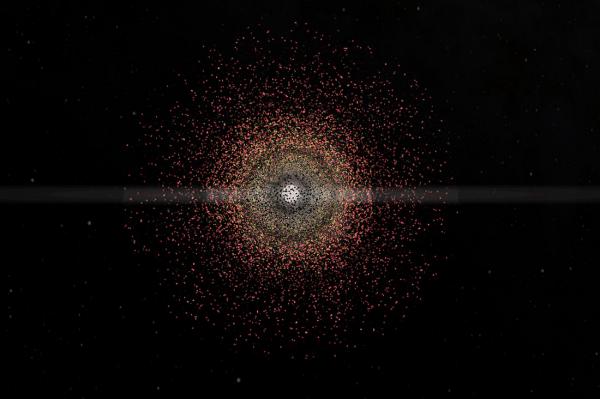 Related structures which might not be classified as individual stellar megastructures, but occur on a similar scale: 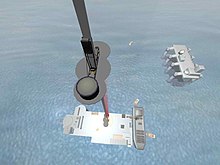 One concept for the space elevator has it tethered to a mobile seagoing platform.

A number of structures have appeared in fiction which may be considered megastructures.

In addition, many megastructures can also generate in “ruined” versions, which the player can later repair.