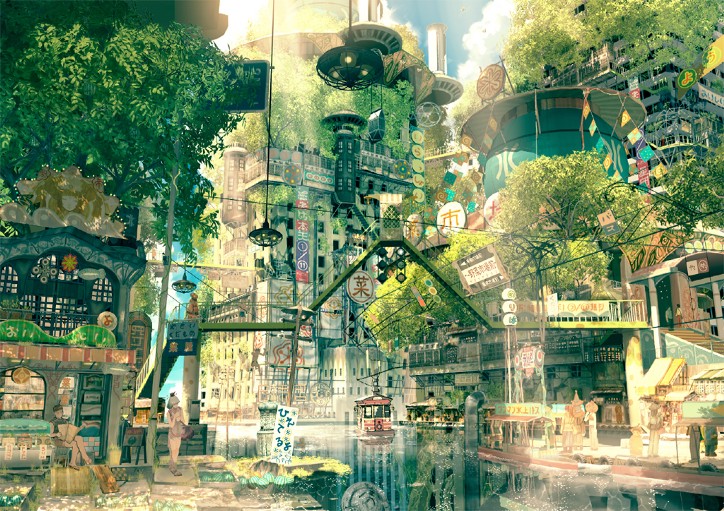 A thriving state is one that is able to provide its citizens with the resources and opportunities they need to be successful. The state's government is effective and efficient, and its citizens are active and engaged in their communities. The state's economy is strong and its businesses are thriving. The state's infrastructure is well-developed and its tax system is fair and equitable.

Eliminating poverty and hunger, and an universal basic income

Guaranteeing basic rights and liberties for all

We should explore the origins of scientific and technological advancement, and find new and innovative ways to encourage it. We should be investing more heavily and effectively into ambitious basic research and development.

There is no one answer to this question. Some factors that could be considered include:

We need to promote peace and international cooperation. This means working towards disarmament and demilitarization, and resolving conflicts through peaceful means. It also means supporting international institutions and organizations, and respecting the sovereignty of all nations.

I believe that it is essential to decentralize power if we want to secure a bright future for humanity. Too much power is centralized in governments, corporations, and other institutions. This creates an imbalanced distribution of power which favors the interests of the few over the many. By decentralizing power, we can create a more just and equitable world where everyone’s rights are protected. One potential solution are different explorations in new mechanisms for public goods funding and the work RadicalxChange is exploring.

Artificial intelligence is the most serious threat to the survival of the human race. We need to take climate change, pandemics, and other issues much more seriously and dedicate massive resources to solving and preventing them.

We also need to ensure that artificial intelligence is developed responsibly, with safety and humanity in mind. We need to make sure that AI is not used to exploit or control people, and that it is not used to make decisions that could have catastrophic consequences. We need to be very careful about how we use and develop artificial intelligence, and make sure that we do not create a future in which machines are in control and humans are powerless.

We need to improve education. This means providing everyone with the opportunity to receive a quality education. It also means making sure that education is affordable, and that it meets the needs of all learners. We need to invest in teacher training, and we need to make sure that our educational system is inclusive and equitable.

A decentralized network state: The Network State by Balaji

“Network states are social networks with an agreed-upon leader, an integrated cryptocurrency, and a definite purpose. They crowdfund territory and have a sense of national consciousness. They’re created by motivated online communities who are willing to build trust and cooperation both online and offline.

In short, the technology exists to allow us to create new societies, new economies, and new states, all without the need for centralized control or traditional qualifications. All that is required is a motivated online community, and the willingness to build trust and cooperation both online and offline.”

“Technology has allowed us to start new companies, new communities, and new currencies. But can we use it to create new cities, or even new countries? A key concept is to go cloud first, land last — but not land never — by starting with an online community and then materializing it into the physical world. We get there in seven steps:

1. Found a startup society. This is simply an online community with aspirations of something greater. Anyone can found one, just like anyone can found a company or cryptocurrency.2 And the founder’s legitimacy comes from whether people opt to follow them.

2. Organize it into a group capable of collective action. Given a sufficiently dedicated online community, the next step is to organize it into a network union. Unlike a social network, a network union has a purpose: it coordinates its members for their mutual benefit. And unlike a traditional union, a network union is not set up solely in opposition to a particular corporation, so it can take a variety of different collective actions.3 Unionization is a key step because it turns an otherwise ineffective online community into a group of people working together for a common cause.

4. Crowdfund physical nodes. Once sufficient trust has been built and funds have been accumulated, start crowdfunding apartments, houses, and even towns to bring digital citizens into the physical world within real co-living communities.

5. Digitally connect physical communities. Link these physical nodes together into a network archipelago, a set of digitally connected physical territories distributed around the world. Nodes of the network archipelago range from one-person apartments to in-person communities of arbitrary size. Physical access is granted by holding a web3 cryptopassport, and mixed reality is used to seamlessly link the online and offline worlds.

6. Conduct an on-chain census. As the society scales, run a cryptographically auditable census to demonstrate the growing size of your population, income, and real-estate footprint. This is how a startup society proves traction in the face of skepticism.

The key idea is to populate the land from the cloud, and do so all over the earth. Unlike an ideologically disaligned and geographically centralized legacy state, which packs millions of disputants in one place, a network state is ideologically aligned but geographically decentralized. The people are spread around the world in clusters of varying size, but their hearts are in one place.

As the population and economy of a startup society grow comparable to that of a legacy state, with millions of citizens and billions in income, it should eventually4 be able to attain recognition from existing sovereigns — and ultimately the United Nations — just as Bitcoin has now become a bona fide national currency.”

Principles for Dealing with the Changing World Order: Why Nations Succeed and Fail